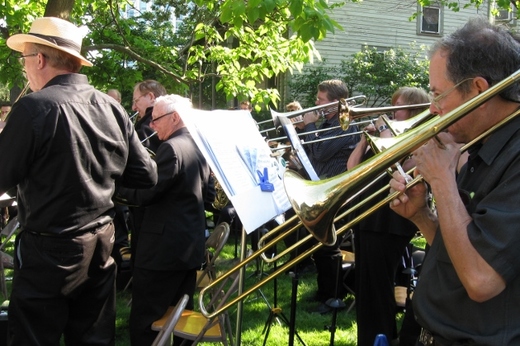 Concert bands, particularly community-based bands, have a long tradition in this country.  From 1773, when the earliest known performance of a concert band took place, bands have provided a source of entertainment, musical education and pride for their communities.  At the peak of their popularity, around 1900, there were hundreds of community bands in American towns and cities.  In the Chicago area, there were many famous industrial bands, including those formed by the Pullman Company, Western Electric and the Elgin Watch Company.  As the demand for music required by all these bands increased, composers emerged who wrote for them.  The names of some of those composers, such as John Phillip Sousa, are still household words.

The Ridgeville Band of Evanston continues in this musical and civic tradition. 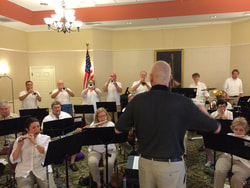 Joseph Zverov, a retired flutist from the Lyric Opera Orchestra, founded the band in 1987 with the support of the Ridgeville Park District and served as its conductor until his death in 1997.

Richard Faller conducted the Ridgeville Band of Evanston from 1999 to 2010.  He received his musical education at the University of Illinois and Eastman School of Music.  In addition to conducting our band, he conducted bands and instrumental ensembles at the grade school, high school, college and community levels.

The band’s current conductor, Monty Adams, began working with the band in September of 2010.  Monty has been the Principal Flutist with the USAF Band in Washington D.C.  He earned an MM degree from Northwestern University where he studied conducting under John Paynter.  Monty has performed with the Chicago Symphony Orchestra, has performed regularly with several Chicago Symphony chamber ensembles, and currently conducts the Lakeside Flutes ensemble.


Associate conductor David Allen Flowers began working with the band in January 2018. He has a B.M. in Music Composition from Illinois Wesleyan and has served as a Music Director and Teaching Artist for numerous schools and companies throughout Chicago, including Chicago Opera Theater for Teens, Windy City Performs, and Beacon Academy of Evanston. David has also served as Assistant Conductor for the Savoyaires, and presently maintains a small piano studio with the 'etc.' Music School in Evanston.